For all of us, the first Global INSEAD Day was of course an extremely important project and we are all delighted by its success. Initiated by the IAA late last year, it met the enthusiastic support of the school and of thousands of alumni across the world. Thank you all for making this idea come true.

I am confident that this has laid the foundation for many repeat actions and has set a good example for what is our basic mission, aim and purpose, i.e. to expand the educational and human experience that took place on the INSEAD Campuses in Fontainebleau, Singapore and Abu Dhabi, to the experience of a life time. This is an on-going source of friendship across nations and across generations that will increase the bonding between alumni, as well as between us and the school. 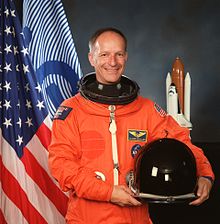 Professor Claude Nicollier will address the topic: “Visiting Space. What is the future of space travel?”

Unique! Our Guest of Honour’s place in history is assured. as Switzerland’s first astronaut. He has participated on four Space Shuttle missions, on the shuttles Atlantis; Endeavour, Columbia; and Discovery.

Spacewalker, scientist, and pilot this enterprising man from Vevey is honoured and revered wherever he goes.

Here is your chance to hear his personal story, see a small portion of his picture library from space, look into the future and, most of all, meet and talk to him 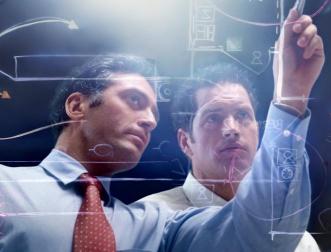 The world’s most innovative companies enjoy a premium on their share price. Holding onto it depends on the flexibility of top-level management to encourage new ideas across the organisation.

Read this great account by Hal Gregersen, Senior Affiliate Professor of Leadership and Innovation at INSEAD, and Jeff Dyer, Professor of Strategy at Brigham Young University, co-authors with the participation of Clayton Christensen (Harvard Business School) author of the bestseller “The Innovator’s DNA”

Denys Chamay (MBA ’67) , has been appointed as a member of the International Labour Office’s Independent Oversight Advisory Committee in addition to his ongoing role at BCGE.

Philippe Durr (AMP ‘04Oct) has been appointed head of Romande Energie Commerce with effect
from 7 January 2013 and he will also sit on the Group’s Executive Board.

Guido Fürer (IEP ‘00Feb) has been appointed to the Group Executive Committee of Swiss Re Ltd as
Group Chief Investment Officer with effect from 1 November 2012.

Roman Kurmann (IEP F/S ‘05Apr), the former CFO of Clariden Leu Group, has been appointed Chief
Financial Officer and a Member of the Executive Committee of EFG Financial Products Holding.

Andrea Orcel (MBA ‘90J) has been appointed Chief Executive Officer of UBS Investment Bank, having
been co-CEO and a member of the UBS Group Executive Board since July 2012.

Urs Widmer (MBA ‘98D) has been appointed COO and member of the Executive Board of SIX Swiss
Exchange. 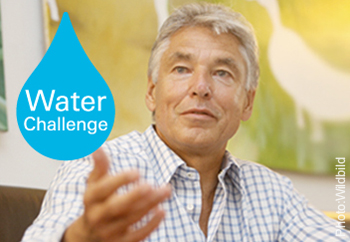 This week, a team from the 2030 Water Resources Group presented a web-based learning tool called ‘Managing Water Use in Scarce Environments: A Catalogue of Case Studies’ at the Stockholm World Water Week.

The project, which receives strong sponsorship from Nestlé Chairman Peter Brabeck-Letmathe aims to create discussion about the important issue of water availability around the world, and Nestlé made a major financial contribution to make it possible.

The catalogue is made up of 42 case studies from around the world that cover a wide range of common water scarcity problems, as well as the solutions employed to address them. It builds on the first report of the 2030 Water Resources Group, ‘Charting our Water Future’ from 2009.