Joint Event with IMD & Rochester
Dr Josef Ackerman
NEW DATE!
Thursday, 30th January 2014, 18.00h
We are pleased to invite you to an evening with Dr Josef Ackermann, former Chairman of the Management Board and the Group Executive Committee of Deutsche Bank AG and one of the most influential bankers in the world. The topic of his speech is: Crisis and Response: A Review of the Financial Crisis in a Corporate and Political Perspective.  More details here

INSEAD Professor of Leadership Hal Gregersen, coauthor with Clay Christensen and Jeffrey Dyer of The Innovator’s DNA: Mastering the Five Skills of Disruptive Innovators and recently shortlisted for the global Thinkers50 2013 “Innovation Award”, explains in this video what sets disruptive leaders do to develop new ideas for their businesses.

INSEAD receives a $5 million donation to expand Leadership Development Centre in Singapore. The StraitsTimes reports that André Hoffmann, who holds an MBA from INSEAD and is the vice-chairman of F. Hoffmann-LaRoche in Switzerland has donated. USD 5 million to the school to support the expansion of the campus in Singapore. In a statement released on Wednesday, Mr Hoffman said: “Insead provided me with a priceless asset: deep business insight and a global vision of management…Preparing for the future is a fundamental requirement of leadership and I consider it a moral obligation to contribute to the education of tomorrow’s global leaders.”

Alumni take to the pitch for INSEAD’s Global Day | Al Bawaba.INSEAD’s UAE based alumni recently held a day of activities in Dubai to mark Global INSEAD Day, a special day of celebration of the school’s community and values. INSEAD Alumni from India and Pakistan held a panel discussion on the normalization of trade between the two countries. In addition to the panel discussion, the alumni from India and Pakistan held a cricket match at the Cricket Stadium, Dubai Sports City, which was won by the alumni from Pakistan.

Forbes India Magazine – Is There Life After an MBA?.Whatever you expected when you entered the degree programme, it all looks different ten years hence. An INSEAD case study draws lessons on career success and personal fulfillment from the lives and work of the MBA class of 2002

The Universities That Produce The Most CEOs – Forbes.In an article that accompanies the list, THE interviewed Odgers Berndston, a partner at one of London’s top headhunting firms, who said that a degree from a school with a strong reputation can help an executive get ahead on the path to the C-suite. “There is an elite group of top universities that stand out,” Berndston told THE. “If you have been to Harvard, Oxbridge or INSEAD, that has an impact.”

A Chanson For Our Anciens Amidst the abiding clamour for a spot in business schools in the US and India, French B-schools have led a Gallic charge right up the global rankings list. In 2012, the Financial Times ranked two of them (INSEAD and HEC) in the top 20 list. These institutions have attracted growing numbers of Indian students to a country that was long passed over for natural Anglophone favourites like the US, Britain and Australia. Together with Sciences Po, Paris, another top-ranked social sciences school, these French institutes have firmly positioned themselves at the roots of a fledgling but sizeable network of anciens in India.

Inside Google Zürich: Innovation and Ideas for Business and Brands 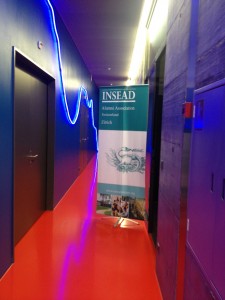 Do you think you know Google? If you think it is all about search, maps, Gmail, Android, and AdWords, you would be right, but INSEAD Alumni learned in October that Google has a greater mix of services that can be tapped by businesses and brands, some that are available for free and some for-a-fee.[pullquote align=”left|center|right” textalign=”left|center|right” width=”30%”]The sold-out networking event in Zürich featured three speakers from Google[/pullquote]

Do you know Google Zürich?

Do you know Google’s Corporate Culture? 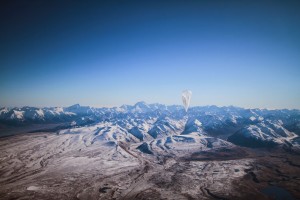 Do you know Google for Brands and Business?

Google Docs: It offers fewer features than MS Word; for example, versioning is not supported. But it does support a revision history of any stored document. The advantage of Google’s solutions is that there are no longer multiple versions of a document being emailed around an organization or a team. It enables better collaboration, meeting real user needs, says Google, and it is designed to support the way people really work: which is collaboratively.

Google Street View: businesses can create a 360-degree, interactive tour in Street View. The images are also accessible when users search for a business on Google Maps.

Breakthrough trends (where growth is over 5,000%) are also indicated. Features include: “Hot Searches”, “Correlate” (which corresponds with real world trends over time – see image) and “Cold Searches”. The application is primarily used by search marketers and keyword optimizers. But it could be used as prediction tool, and it could be exploited by business and brands for things like competitive intelligence and consumer marketing.

Mobile Rising: A retailer would never have a shop that was messy and disorganized but that is exactly what smartphone users see when they land on a brand or business’ website that has not been optimized for mobile. Google has a solution for that too.
(Download  Inside Google Zürich_FINAL)

IPEC, formerly IPEN, invites INSEAD Alumni and friends to a Network and Drinks event in Zurich on November 27th. Bring along at least one person from the company you work at or other individuals interested in private equity In order to expand the Private Equity/Venture Capital network. Drinks as well as a selection of finger foods will be served. Thank you for confirming your attendance before November 25th on Amiando The registration site is run by amiando.com, a professional event organizer. There will be no walk-ins, no cash payments on door. 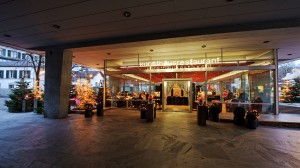