Now in its 16th edition, the 2014 INSEAD Alumni Verbier Ski Weekend attracted 40 alums and partners to the Swiss Alps. The group took their chances against an uncertain weather forecast to gather for what has now become a classic roster of activities. Notable guests Daniel Labrecque (MBA ’81), who joined other Alums hailing from Romandie, Paris, and London.

On Friday night, the group gathered at Al Capone, a local pizzeria, to reunite with old friends and meet new ones, then on to the Farinet, the local nightspot. Saturday was a bright and sunny day, despite the forecast. Those who chose Extreme Skiing experienced knee-deep powder snow on Mont-Gelé, Vallon d’Arby, Col des Mines, Tortin, and Gentianes, while the Easy Skiing group took a later departure and earlier landing on selected terrasses for warm drinks.

Après-Ski on Saturday was hosted by Rolf and Anna Abdon, featuring champagne with toasts and inspiring discussions about our School’s future. Afterwards a “near-gastronomic” meal at La Grange replenished body and soul in a very friendly setting. Some of the group then went on to Farinet again, before roaming over to the Farm’s dancefloor until late. On Sunday, a silver cloud lining had covered Verbier’s sky overnight, but it did not discourage some of the more dedicated skiers, while others made their way back home.

The winning formula, according to Yves Haldemann and Philippe Mauron, the volunteer organizers of the event, is to take a group of INSEADers, eager to ski and socialize, wherever they come from, host them in Verbier for 48 hours, and you’ll get another great success. We hope to prove it again in the 2015 edition of the INSEAD Ski Weekend in Verbier!

Save the date and register to random BBQ 2014 edition! After last year’s success of the legendary random dinners in Zurich, we are delighted to repeat this great and fun Insead tradition and organize the 2014 edition of the Random dinner. This is your unique chance to meet other INSEAD alumni and partners randomly and enjoy a delicious home cooked meal – a cosy and fun experience not to be missed!

Here is how it works:

To subscribe, please fill in the Random Dinner online questionnaire by clicking on the link below:

If you have questions about hosting or about the dinner in general, please contact Dan danwehrli (at) yahoo.com. We look forward to this evening of fun, great networking and pleasant dinner!

Celebrate International Women’s Day with Alums from INSEAD and IMD

Welcome you to an Evening Panel Conference & Networking Cocktail

Women have never been so qualified or had so many opportunities. They are being encouraged to “lean in” to make the most of their management and recognised leadership skills. But what are the hurdles today? Are there enough role models? How can we inspire women to thrive and find balance in their personal and professional lives? Would having more women in the board room make an impact and if so, how to get there? Our panellists will discuss these questions and other topics in the context of female leadership and role models, both in Switzerland and internationally.

Don’t miss this opportunity to celebrate this day together.

You are welcome to invite friends or colleagues along and we look forward to seeing you there!  A big thanks to Kelly Richdale and Rumyana Dorlas for organising this event.

INSEAD Alums’ Invitation to “ALL THAT JAZZ” Cully 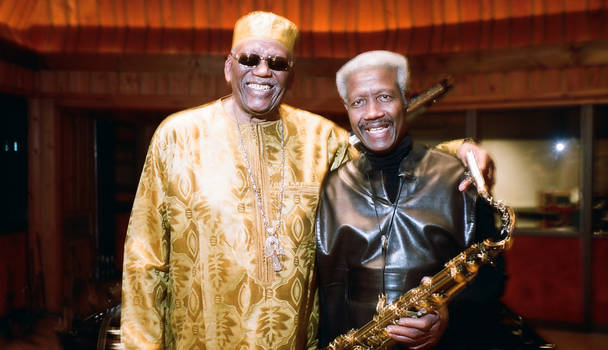 The Cully Jazz Festival is a unique event taking place each year in the charming little village of Cully, and bringing top Jazz artists to play in hidden, small “caveaux”.

We are organizing an evening out together for the festival’s 32nd edition. We invite you to join us for drinks followed by the opening Jazz Night concert with Randy Weston & Billy Harper – The Roots of the Blues

To begin the evening we will meet in Villetteat 6:00 to 7:30 pm for a glass of local wine  before walking the 2 km over to Cully through the stunning Lavaux vineyards.

The Concert with Randy Weston and Billy Harper starts at 8:30 pm in the Chapiteau in Cully.

Order your ticket ASAP online (56 CHF) Hurry up and order, tickets tend to go away fast!

Kindly confirm your attendance by email to insead (at) bluewin.ch by April 1st.

We look forward to seeing you for a moment of great music and local tradition in good company!

Geographic and cultural expansion of the Swiss INSEAD Alumni Association and new events for Ticino region.

A lunch to inaugurate the Ticino group of the Swiss INSEAD Alumni Association was held on February 10, 2014 in Lugano. Initiated by Roberto Italia (MBA 94J) and hosted by Richard Bissonnet (President Swiss NAA and MBA 81), the lunch gathered a typically eclectic group of Alumni, ranging from banking to private equity, trading, med-tech and including media entrepreneurs and hotel developers. Although the number of Alumni in the Ticino is small, the group was of the opinion that there was the desire and interest to develop an active Alumni group, open to the local economic community and with links to the Milan and Zürich Alumni groups.

Roberto Italia, President of Cinven Srl, proposed to set up a high profile event in the near future, the details of which will be forthcoming. Prior to joining Cinven, Roberto was at Henderson Private Capital in Italy as its local Partner, following his role at Warburg Pincus as a Partner and Managing Director focusing on the communications industry as well as Italy and Spain. Previously, he was with the Telecom Italia Group. Roberto has an MSc in Economics from LUISS in Rome and an MBA from INSEAD.