Price:  SFr 70 for INSEAD NAA members / SFr 100 for other INSEAD Alumni and Guests

After Work Aboard Le Bateau Hosted by INSEAD Geneva 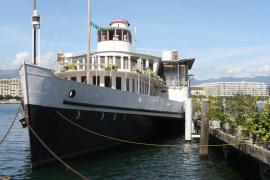 Spring is finally here, and we have the pleasure of inviting you to come aboard Switzerland’s oldest paddle ship for this year’s INSEAD Spring after-work event in Geneva. Join us on Le Bateau, moored at Quai Gustave-Ador.

Do feel free to bring your partner or a friend along. The more the merrier!

Pharma Dealmaking Up 428%: What’s Driving It?

M&A activity in the pharmaceutical and medical industries is up by 428% in deal volume in the first quarter of the year, according to data provider mergermarket. What is driving the current spate of deals? How wise it? The answer to these questions, and other insights on M&A will be topics at “Build, Borrow, Buy”, an evening conference in Geneva coming up on Thursday May 15, 2014. 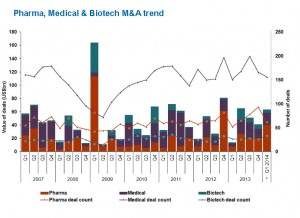 Pharmaceutical industry M&A is being described variously as a “boom” and “frenzy” in the press. The impact on the involved companyies’ growth and survival rate are topics that INSEAD Professor Laurence Capron is expected to explore in-depth in her presentation at the upcoming event.

This event will also be a great opportunity to welcome the Wharton Alumni Club, Professor Capron having directed the INSEAD-Wharton alliance from 2007-2010. More details and tickets on http://www.amiando.com/BBB2014.html