What INSEADers Are Reading: the 5 bestelling titles from INSEAD’s online bookstore INSEAD hosts an online bookstore on foot-note.net that ranks books by sales. Some of the titles are INSEAD classics. Recent as well as older titles make the top five ranking. 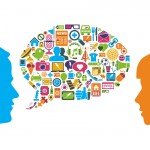 Business Should be a Force for Good INSEAD’s new Board Chairman, Andreas Jacobs, on the role of B-schools in an interview here
Theo Vermaelen’s Unique Buyback Fund Ground-breaking research is an INSEAD hallmark and Theo Vermaelen, Professor of Finance at INSEAD who spoke at a Swiss INSEAD Alumni Association event last summer, is no exception.  He’s taken it one step further and created a novel buyback themed-fund based on his findings. The fund performance is on a roll of late, reports INSEAD Knowledge, it’s gaining some attention beyond borders, and something else different about the fund is that it donates 10% of the earned performance fee to INSEAD’s scholarship pool for students in need of financial aid. Read The Buyback Fund That Gives Back.
New Doriot Exhibition is Now Open … and Online Too Georges F. Doriot has a remarkable legacy, not least of which is INSEAD, is now captured in an exhibition at the HBS’ Baker Library Bloomber Center “Georges F. Doriot: Educating Leaders, Building Companies” until August 3, 2015. The library has an online version. for those who cannot visit in person.
Page 3 of 3123
Latest Posts
Categories
Archives
2021 About us / Contact: [email protected]