The Impact of the Pharma Industry in Switzerland (event report)

Several dozen INSEAD Alumni attended an event hosted by IMD, featuring Joe Jimenez, CEO of Novartis, entitled The Pharmaceutical Industry &Switzerland: A Story of Shared Success on May 28, 2015, Geneva. The event was organized by the IMD alumni club of Geneva who invited the IMD alumni club of Lausanne, along with the alumni clubs of Harvard and INSEAD in Switzerland. Over 200 attended the event.

The following is IMD’s report on the e 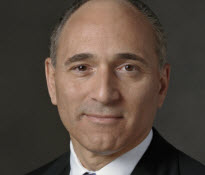 vent which originally appears in its News channel. The speaker presentation is available at the end of the article. (Photo Credit: IMD)

June 2, 2015 – At a recent IMD Geneva alumni club event, guest speaker Joe Jimenez, CEO of Novartis, discussed the alarming future of healthcare and how much both Switzerland and companies like Novartis benefit from close ties.

Jimenez opened by saying that in ten years, the world’s population will grow by one billion, and half of them will be over 50.

Many countries are struggling to afford healthcare as it is, and to avoid solutions like rationing care, Jimenez said Novartis and other companies are working on harnessing technology.

Novartis is looking at innovative ways to improve patient outcomes and to keep them out of the hospital rather than just improving existing drugs. The company is exploring new technologies like placing microchips in medicine to make sure patients take it and examining the human genome for insights on how to correct diseases, “as scary as it may sound”, he said. The company is also increasingly partnering with companies like Google and working with research universities.

“Technology and biology will come together to solve some of the biggest medical problems in the world.”

Novartis and Switzerland have a mutually beneficial relationship, Jimenez said. Switzerland accounts for 1% of Novartis’s sales but 10% of its staff and 40% of its costs, while the healthcare industry accounts for 34% of all Swiss exports.

Switzerland has been a hub for innovation, which has allowed Novartis to excel and Novartis has contributed to Switzerland’s prosperity, but there are threats, he said.

“Switzerland has a strong commitment to intellectual property and a great research environment with excellent universities.”

But the recent vote against mass immigration and its looming implementation deadline, for example, limits Novartis’s access to top talent from other countries and the potential fallout from the non-extension of bilateral treaties could mean that Novartis products would have to face inspections on a country by country basis rather than by region for Europe.

“Other countries are watching closely. Novartis and Switzerland must work together to maintain Switzerland’s standing among the best and most innovative in the world.”

On the current strong Swiss franc crisis, Jimenez said Novartis is working to spread costs around the world to account for increasing costs in Switzerland. The company doesn’t plan to relocate divisions such as research and development out of the country and expects the employment level of around 13,000 in the country to stay stable.