On the 3rd weekend of January, the INSEAD MBA class of December 2012 had its first Winter Weekend Reunion in Anzère, Valais, Switzerland. Fifty-one classmates and their partners flew-in from Abu Dhabi, Amsterdam, Dubai, Dublin, Mumbai, Munich, New York and Nuremberg, a testimony to the diversity of INSEAD graduates.

Two days of skiing in the mountains of Valais, and a special revival of the “Section Olympic Games”, along with a traditional Swiss Cheese fondue dinner, made the first reunion a success, according to the Jacques Boppe (MBA ’12) who organized the event, along with Karim Atallah (MBA’ 12), Ludovic Choppin (MBA ’12) and Magali Larangot (MBA ’12). “We are all gearing up for the next Winter Weekend Reunion: same weekend, same place!” said Jacques Boppe. 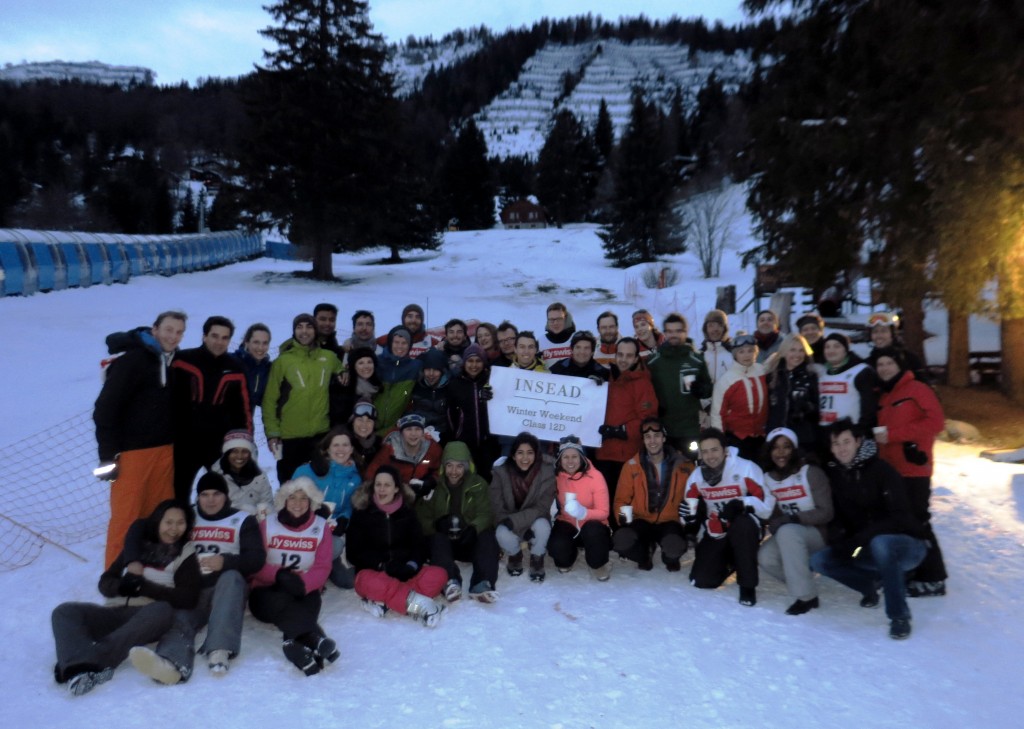