INSEAD won the 10th Dragon Boat Trophy on the lake of Zürich this weekend for the third time in five years. Scorching sun and high temperatures did not deter INSEAD alumni from defending the trophy. Teams from MBA-HSG and Stanford alumni clubs finished second and third.

The annual race is a fun competition amongst top business school alumni and is organized by SAMBAplus. INSEAD alums have been participating in the race since 2011. INSEAD was also the winner in 2012. The INSEAD team was recruited and organized by Swiss NAA volunteer Rajiv Shetty, MBA 06D.

Save the Date: August 28, 2016 for the next edition of the Dragon Boat Trophy! 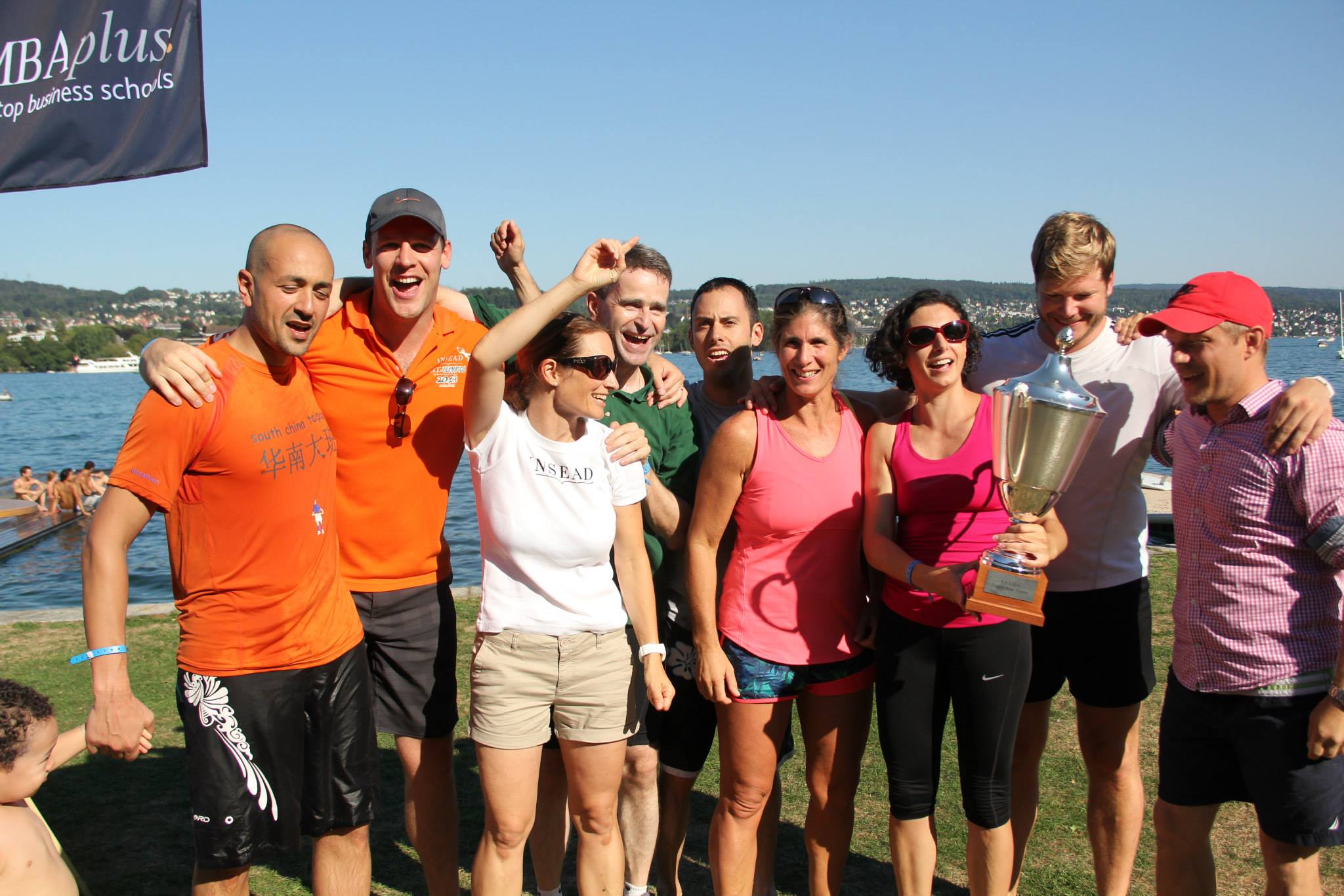