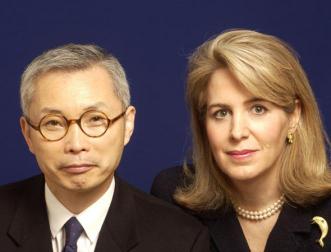 Joining the ranks of former winners of the Carl S. Sloane Award, such as Clayton Christensen (2013), Gary Hamel (2012), and Jim Champy (2010), are INSEAD’s W. Chan Kim and Renee Mauborgne, co-directors of the INSEAD Blue Ocean Strategy Institute. The two won the award this year for their “innovative thinking and fresh perspectives that have redefined the traditional approaches to strategy consulting”.

They are the authors of the worldwide bestselling strategy book, Blue Ocean Strategy: How to Create Uncontested Market Space and Make the Competition Irrelevant, which has been published in 43 languages and sold over 3.5 million copies. It has quickly become a best seller across five continents and has changed the way we think about business strategy, said the Association of Management Consulting Firms (AMCF) in a statement. (Image source: INSEAD.EDU)