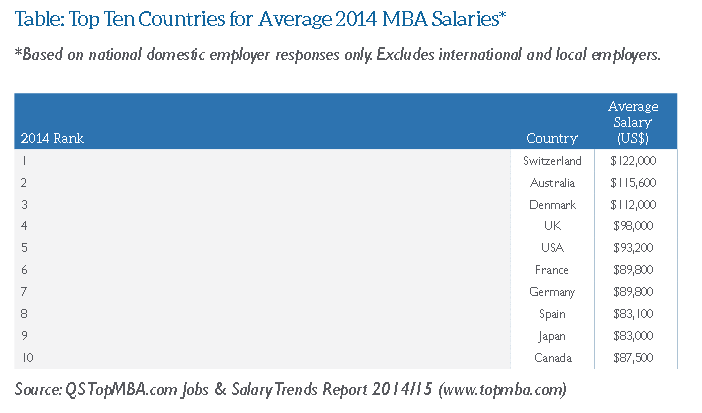 Switzerland reports the highest average MBA salaries in Europe at USD122,000, and the second
highest average MBA compensation in the world in 2014, according to responding employers in the latest survey by Quacquarelli Symonds (QS). Denmark and the United Kingdom are close behind for the European ranking.

The report also says that the growth in demand for MBAs next year is expected to be very high at 15% (see table below).

The strength of Swiss MBA salaries in 2014 can “partly be explained by the predominance of
financial services companies in Switzerland, which actively recruit MBAs” as well as two trends: the strong Swiss franc, and the relocation of many multinationals and hedge funds to Switzerland from London and Frankfurt.